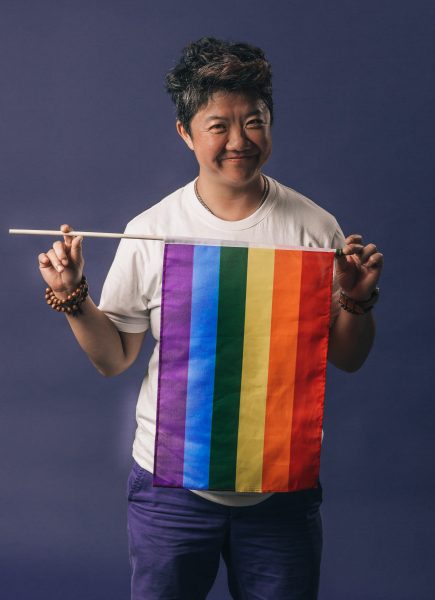 Abusers may threaten to “out” survivors by revealing their sexual orientation or gender identity to family members, employers or landlords. They play on survivors’ fears of losing their job, home or child custody in order to keep them silent. Parents may also fear that reporting abuse will lead to losing custody of non-biological children they raise with their abusers.

LGBTQ individuals may face homophobia and/or transphobia from police, courts, housing providers, and social service agencies, making it harder to get much needed help. Survivors who do reach out for support may be turned away due to limited knowledge or lack of LGBTQ friendly resources.

Since same sex couples frequently have the social network, abusers may try to discredit, undermine, or isolate survivors from friends who might otherwise support them.

Individuals may also fear that airing their personal problems as LGBTQ individuals will hamper the community’s progress or generate backlash.

At LifeWire, we believe every person, regardless of their sexual orientation or gender identity, deserves to feel safe, respected and loved in an intimate relationship. LGBTQ survivors can access all of LifeWire’s services including emergency shelter, housing services, support group, one-on-one counseling and legal advocacy.

The Northwest Network of Bi, Trans, Lesbian and Gay Survivors of Abuse works to end violence and abuse by building loving and equitable relationships in our community and across the country.

NCAVP: The National Coalition of Anti-Violence Programs provides free and confidential assistance to thousands of lesbian, gay, bisexual, transgender, queer, and HIV-affected people each year from all five boroughs of New York City through direct client services and community organizing and public advocacy.

The words "shelter in place" may be comforting to a lot of people. As a survivor of domestic violence who left an abusive relationship, Dr. Elizabeth Finnessy fears for those who are stuck at home with their abuser.

LifeWire's executive director Rachel Krinsky and KOMO 4 News anchor Molly Shen talk about how COVID-19 is affecting survivors of domestic violence, what that means for LifeWire's services, and how you can help.