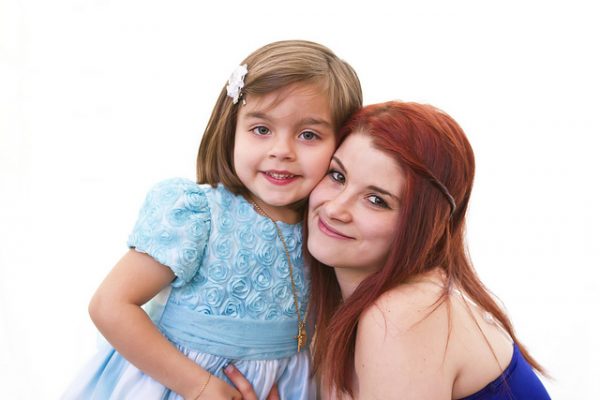 When it comes to domestic violence, there is more to getting out than just exiting an abusive relationship.

Once a person leaves, some of the things they may have to deal with range from finding a new place to live and figuring out how to financially support themselves, to learning how to be safe and about the legal options they have to stay that way.

Since 1982, LifeWire has been working to help people on the Eastside and throughout the Puget Sound area with this.

The nonprofit organization started in 1982 following a number of high-profile murders that occurred on the Eastside in a short amount of time. The murders were the result of domestic violence and prompted a group of women volunteering and coming together to create a 24-hour helpline for those who needed it.

According to its website, the organization changed its name in 2012 to better represent its mission of providing safety to survivors of domestic violence and the continuum of care LifeWire provides families on the path to healing.

Those services include legal advocacy, support groups and mental health services through a partnership with Sound Mental Health.

Lea Aromin, the nonprofit’s housing program manager, said there is an intersection between domestic violence and homelessness.

LifeWire has partnered with the City of Redmond’s All in All Home Redmond campaign to hold a community meeting from 6-7:30 p.m. on Tuesday at the Redmond Library (15990 N.E. 85th St., Meeting Room 1) to educate people on how domestic violence and homelessness are connected, what is being done about it and how people can be part of the solution.

For emhttps://www.lifewire.org/about/prevent-family-homelessness/ergency and transitional housing, the nonprofit has a Hotel-Motel Voucher Program that pays for short stays in area hotels or motels. This offers an immediate crisis intervention option to survivors when local shelters are full.

LifeWire’s program, My Sister’s Home, offers confidential emergency housing and supportive services for families and individuals in lethal situations. This program can accommodate families of all types as some emergency shelters don’t always allow teenage boys, transgender individuals, other members of the LGTBQ community or men.

My Friend’s Place offers confidential transitional housing and supportive services to survivors healing from both domestic violence and substance abuse.

LifeWire has also formed a partnership with the Bill & Melinda Gates Foundation and the Washington State Coalition Against Domestic Violence to develop a domestic violence housing first approach.

Samantha Tripoli, communications and events specialist for LifeWire, said if people are able to get into housing first, their being able to access other services increases. So the organization offers services that help keep survivors housed.

Those services include their Housing Stability Program, which offers flexible funds for survivors to pay for whatever they may need (car repairs, security deposits, lock changes, etc.) to help them retain or obtain housing.

Tripoli said an example of this was a immigrant woman who had a seamstress business before she moved to the United States. She told LifeWire all she needed was a sewing machine. Once she received the funds to purchase one, Tripoli said the woman was able to resume her seamstress work and support herself.

For Jane of Redmond, the services LifeWire offers have helped her and her son get back on their feet after leaving an abusive situation with her now ex-husband.

It took Jane, whose name has been changed to protect her identity, 12 years to exit her relationship.

In addition to physical abuse, she and her son dealt with mental and sexual abuse. She said her ex-husband was also able to get doctors to put her son on various medications without any sort of evaluation.

The abuse left Jane with post-traumatic stress disorder (PTSD) that left her unable to work. Her son’s behavior was also affected. She said his acting out included saying sexually inappropriate things to other students and staff in school, bullying other students, stealing and hoarding food.

Since her divorce from her ex-husband in 2008, Jane said she has been dealing with the courts system. She has worked to regain custody of her son after her ex-husband convinced courts to give him full custody. He also convinced her family, as well, as they were the ones to pay for his court fees, she said.

“The problem is the courts are not equipped to handle sociopaths,” Jane said. “These people are brilliant. They are like a chameleon because they mirror other people’s images, are experts at lying and appear to be saints to people that don’t know them.”

Jane and her son, who is now 15, recently got a permanent protection order from her ex-husband, but said he is contesting it and seeking visitation rights to see their son.

“He does not stop,” she said, adding that she foresees the legal battle continuing until her son is 18.

Jane’s situation in exiting an abusive situation is not unique, and to help with the chaos that someone’s life can become, the Redmond Police Department (RPD) has a legal advocate to assist people navigate the court system.

Toni Hecht, who has been with RPD for three years, said when a person’s life is in such disarray, they don’t always know what to do, so her most important job is to keep survivors informed of their cases. She contacts them to make sure they understand the court process and the different steps involved. She will even help them with the paperwork to file a protection order.

Hecht also makes sure people have the resources and referrals to services they need.

Hecht said she meets regularly with the King County Prosecutor’s Office as well to make them aware of what survivors want and need on any given case.

Before coming to Redmond, Hecht did similar work in Everett for 13 years as a victim witness coordinator for the prosecutor’s office.

In her many years of doing this work, she said she has seen many success stories. One that stands out for her is a Russian woman who realized that once she got the court system involved in her situation, she did not have to live the way she had been and could get out of her situation. Hecht said the woman is thankful to the police department and everyone who has helped her and stops by the station every now and then with her children just to say hi.

And while it has taken some time, Jane said she and her son are OK, as well.

She said for her, it started with an abusive childhood in which she did not learn about healthy relationships or boundaries. She was also raised Roman Catholic and was told that when a person married, it was for life.

She described her situation as being stuck in a cycle in which she was made to feel the abuse was her fault and blamed herself.

“When you’re in it, you don’t necessarily know what it is until you get out of it,” Jane said.

Since exiting their situation, Jane and her son have attended group therapy sessions through LifeWire as well as individual therapy, which has helped them.

But now, her son is a 4.0 honors student and has been for two years.

Heather Stark, a Woodinville resident who has earned a master’s degree in public administration with a focus in domestic violence, said one of the biggest questions asked around domestic violence is why does the person stay. She said a person — as domestic violence affects men as well as women — needs three things to be able to leave: social support, economic support and legal support.

Jane added that isolation is another tactic that she experienced as her abuser convinced her family and friends to side with him or to just not get involved.

The goal is to just get the conversation about domestic violence started and get people thinking about what they can do to help.