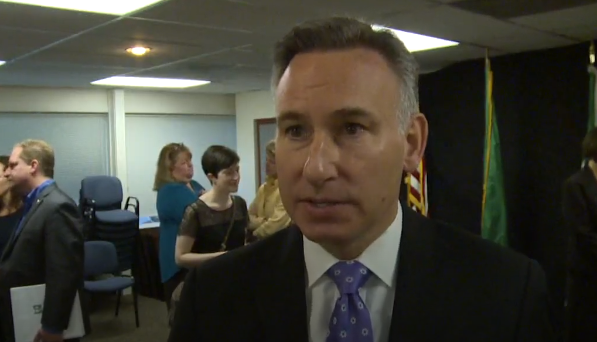 The most effective way to end homelessness is to prevent people from becoming homeless in the first place. At LifeWire, we’ve known this for a long time. Now, we have the data to prove it.

In 2009, LifeWire participated in a three-year pilot project called Domestic Violence Housing First. Funded by the Bill & Melinda Gates Foundation, the project helped survivors of domestic violence move into stable housing as quickly as possible. With the pilot project funding, LifeWire created our Housing Stability Program. The program provides flexible funds to pay for expenses that enable a family to remain or become safely housed. That could be helping with a month’s rent, a phone bill, or even a car repair.

The program works. In 2015, 94% of the families we served were still stably housed six months after receiving Housing Stability funds.

LifeWire’s success during the Domestic Violence Housing First pilot project showed such promising results that King County Executive Dow Constantine is using it as a model for the Kids, Youth, and Family Homelessness Prevention Initiative. This is the first initiative funded using money from the Best Starts for Kids levy, approved by voters.

LifeWire hosted a forum on the importance of using Best Starts for Kids funds for homelessness prevention. Together with Dow Constantine, King County Councilmember Claudia Balducci, the Bill & Melinda Gates Foundation, and the Washington State Coalition Against Domestic Violence, we discussed why the Kids, Youth, and Family Homelessness Prevention Initiative will save lives and keep families across King County safely and stably housed.

Following Tuesday’s forum, KING 5 News sat down with LifeWire Program Director, Maria Williams, to discuss how LifeWire’s innovative Housing Stability Program has been so effective in keeping domestic violence survivors in safe, permanent, and stable homes and why King County leaders are taking it to scale to keep families across the county out of homelessness.